"It's a medical mystery"

There was a history of stroke in Ulla's family. But young, fit and healthy, she never thought she'd have one too.

Before my stroke I was a healthcare assistant at a retirement home. I’ve seen a lot of people have strokes but I never thought I’d have one myself. 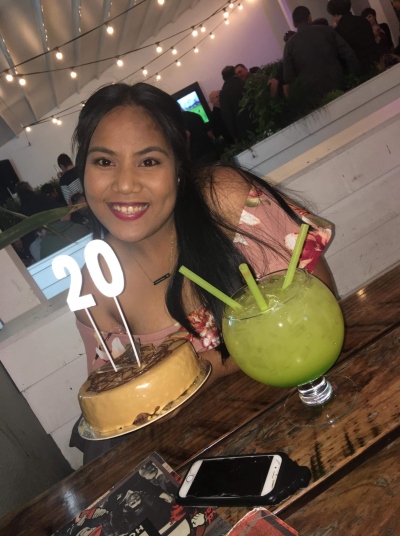 I was at home, the day before I was due to work a 12-hour shift.

I got a severe pain in the right side of my brain. Then the left side of my body felt numb. I was crying from the pain in my head.

I couldn’t move, I tried to get up and fell over. I got on to my bed and called my sister. I thought I was talking fine but she said I was slurring.

I said, ‘I think I’m having a stroke’. I kind of knew what was happening because of the people I’d seen have strokes at work.

We called my parents and they rang an ambulance and I was taken to Waikato Hospital. They kept me there for about a week and did lots of tests.

At first they thought it was a migraine. Then they did a scan and saw it was a stroke. They thought it might have been caused by a hole in the heart, but the tests showed it wasn’t.

It’s a bit of a medical mystery.

I drink, but not much, and I’ve never smoked and I’m not overweight.

A lot of people on my Mum’s side of the family have had strokes and died, because medical care isn’t as good in the islands as here. Maybe the family history was a factor.

I can walk and talk and do most things I used to do. Now it’s more of a mental thing for me, getting over self-doubts and getting my confidence back.

My message to everyone is to look after yourself, and not work too hard. I was working lots of hours in my job.

The other most important thing is to learn about stroke and learn the symptoms. Learn FAST and what it means, even if you are young like me.”