Is it a stroke?

Learn the main signs of stroke and to act F.A.S.T. by calling 111 if you suspect a stroke.

The F.A.S.T. campaign encourages everyone to learn the key signs of stroke and to think F.A.S.T., act fast and look out for each other by calling 111 if they suspect a stroke. Prompt action can save lives - as well as improve recovery.

It is vital to recognise when someone is having a stroke and to start treatment as soon as possible, because the sooner medical treatment begins, the more likely brain damage can be reduced and a better outcome achieved. The quicker a clot can be dissolved or removed, the less damage is done, and the better the chance of a strong recovery.

A stroke is a brain attack – it's very serious. The symptoms might show on the face, arm or in speech, but it's the brain that's being damaged.

If any of the signs of stroke are recognised, don’t wait, call 111 straight away. Don't call your doctor, or drive yourself – get help immediately. Ambulance staff want to hear from you if you recognise the F.A.S.T. signs – call 111 and tell them it's a stroke. You can learn more about what a stroke is here.

What are the signs of stroke?

The signs and symptoms of stroke usually come on suddenly. The type of signs experienced will depend on what area of the brain is affected.

Common first signs of stroke include:

How can you tell if someone is having a stroke?

By learning to recognise the symptoms of stroke you could save a life!

Over 11,000 New Zealanders are predicted to experience a stroke in 2020. Watch the video above, or look at this graphic. Learn the F.A.S.T. check.

Other signs of stroke may include one, or a combination of:

(Note: F.A.S.T. covers the main symptoms of stroke. It is not exhaustive. Other symptoms may present during a stroke as well as, or instead of, those listed above. Further information is available from your doctor. If you believe someone is having a stroke for whatever reason - call 111)

Even if the symptoms go away quickly or don’t cause pain you should call 111 immediately.

F.A.S.T. posters, flyers and fridge magnets are available from our National Office on strokenz@stroke.org.nz or your regional Stroke Foundation office.

You can download our resources as PDFs in English as well as a range of other languages in our ‘Free resources’ section. 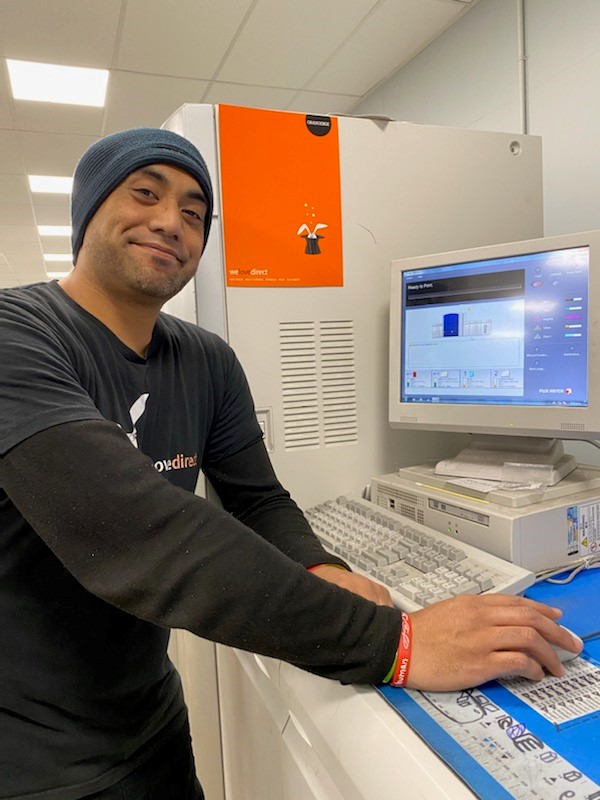 In December, John met Dave at a local Bowling Club, and they agreed to meet up to play a game of lawn bowls together after Christmas. In the new year, John rang the Bowling Club and asked to speak to Dave to get a date in the diary.

John explained; “I noticed that Dave’s sentences were mixed up. I didn’t think anything of it until he really started to slur his words. I asked him if he was alright, and he said that his arm felt funny. The phone suddenly went quiet and another man answered. It was difficult being on the other end of the phone, I was just trying to picture what was happening.

“Then it suddenly hit me, I thought, oh hang on, the speech, the arm. So, I asked the man on the phone to check Dave’s face. It sounded like Dave was trying to brush it off, so I explained that this could be a stroke and they needed to hang up and call for an ambulance straight away.”

Dave’s stroke was recognised on the way to the hospital. He received immediate treatment, so was incredibly lucky that John noticed the signs of a stroke in him, even over the phone.

John told us: “I’ve helped to print the F.A.S.T. fridge magnets and other Stroke Foundation resources so I’ve seen that message a lot and understand the importance of acting quickly. It’s good to have this knowledge, I just never thought I’d have to put it into practise.”

The Bowling Club managed to speak to John a few weeks later to let him know that he had saved Dave’s life.

Video from Ministry of Health: Stroke expert Dr Anna Ranta talks about the importance of the FAST campaign message - and the real difference it can make.

You can watch social media star Johnny Tuivasa-Scheck's great short video about F.A.S.T. from the 2018 campaign where we worked with the Ministry of Health and Te Hiringa Hauora / Health Promotion Agency here: